The intent of this project is to transform a residual scar in the urban fabric into a culturally productive landscape of urban agriculture. Farming and agricultural production is typically understood as an ‘introverted’ process: one that is operated on private land and out of view. Through the injection of educational, cultural, commercial, and social programs, we will transform the site into a space of cultural identity, social integration, and civic engagement, making it the ‘extroverted’ face of agriculture and this facet of the city’s culture. The development will bring increased livability and productivity to the site and to the city ofThessaloniki while eliminating the bipolar notion of the rural-or-urban landscape. The site will become the connection between the industrial (seaport to the South), rural (farms to the West),commercial (downtown to the East) and infrastructure (railroad and highway to the North). The highway to the North of the site is sunken beneath the site, and the area previously occupied by the road will be given back to the city by integrating it into the site, becoming a node in a network of green infrastructure across the city. The site is then divided into 3 parcels and 8sub-parcels. These operate similarly to blocks in an urban area. Each sub-parcel is dedicated to a specific crop that is farmed on-site throughout the year, with one being dedicated to community gardens which individual families or organizations in the city will take up management and responsibility of. These will provide an opportunity for self-determination of the crops and overall transformation towards a green economy that focuses on sustainability, climate-oriented development, and the city’s nutrition. The existing buildings on the site will become artifacts of the prior industrial landscape on the site and remain places of production as they once were. These buildings will be given back to the city as locations of education, commerce, and heritage through programs such as a wholesale market, farm school, food court, and greenhouse. Three new buildings are proposed, each a different garden type with dedicated program to their own operation and the operation of the site as a whole. 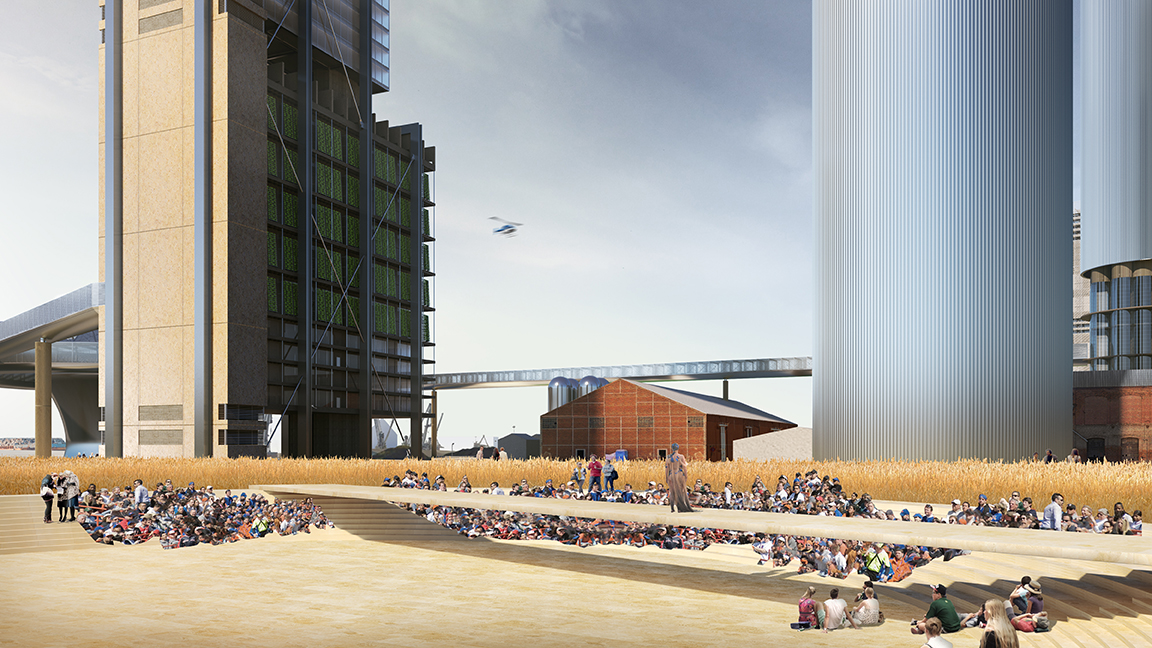 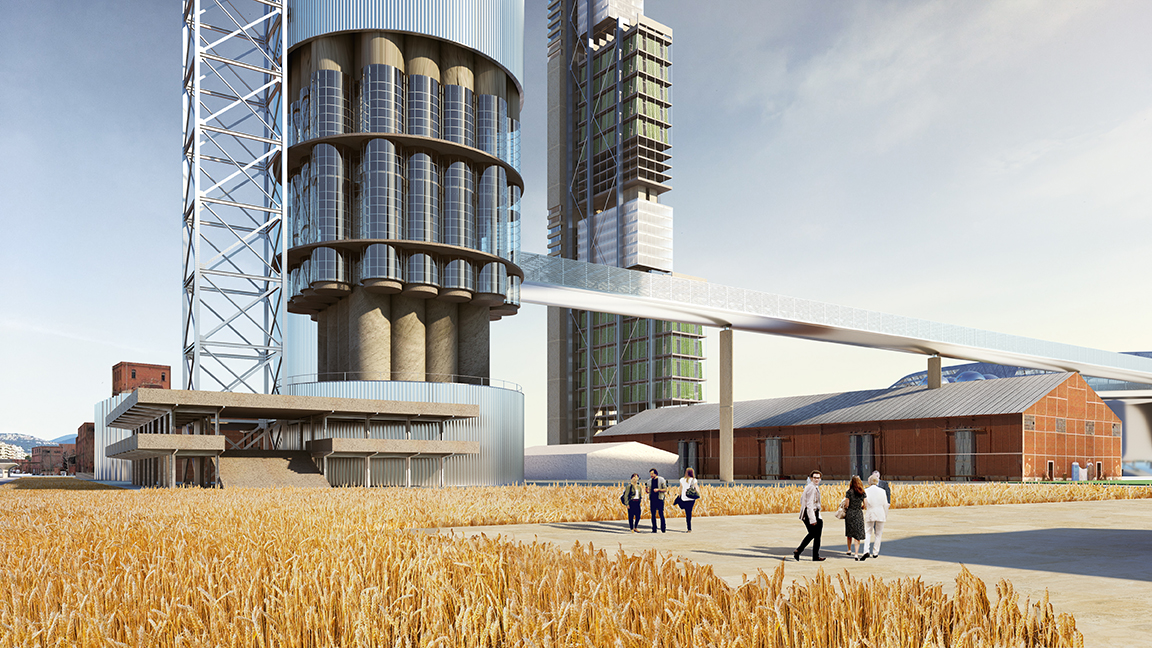 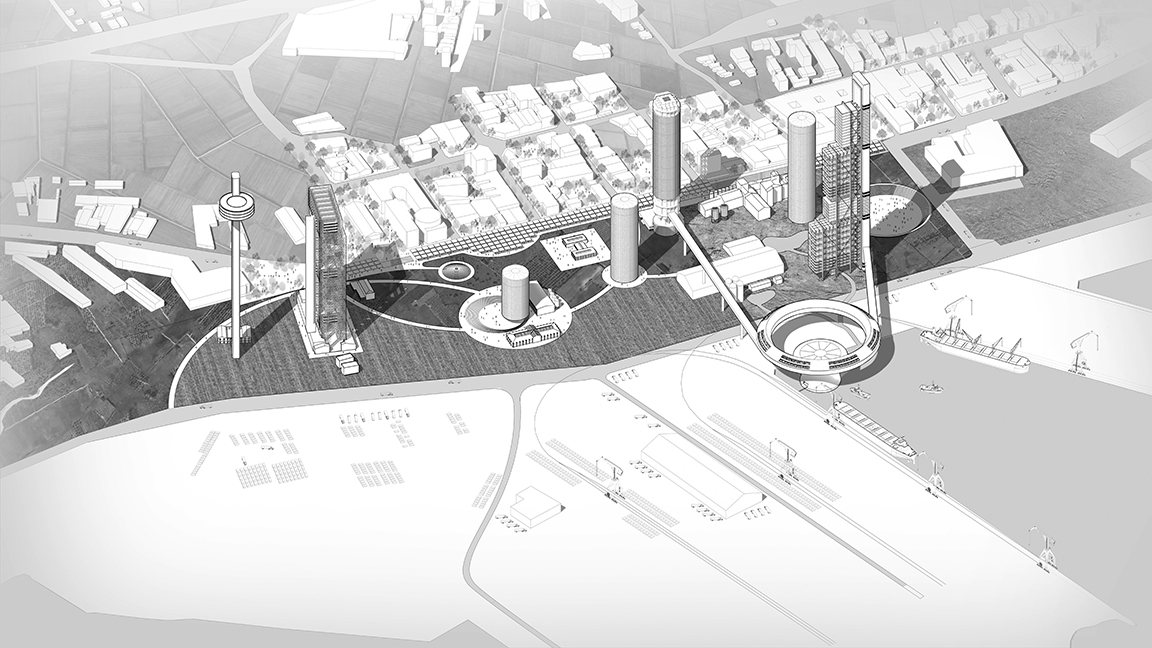 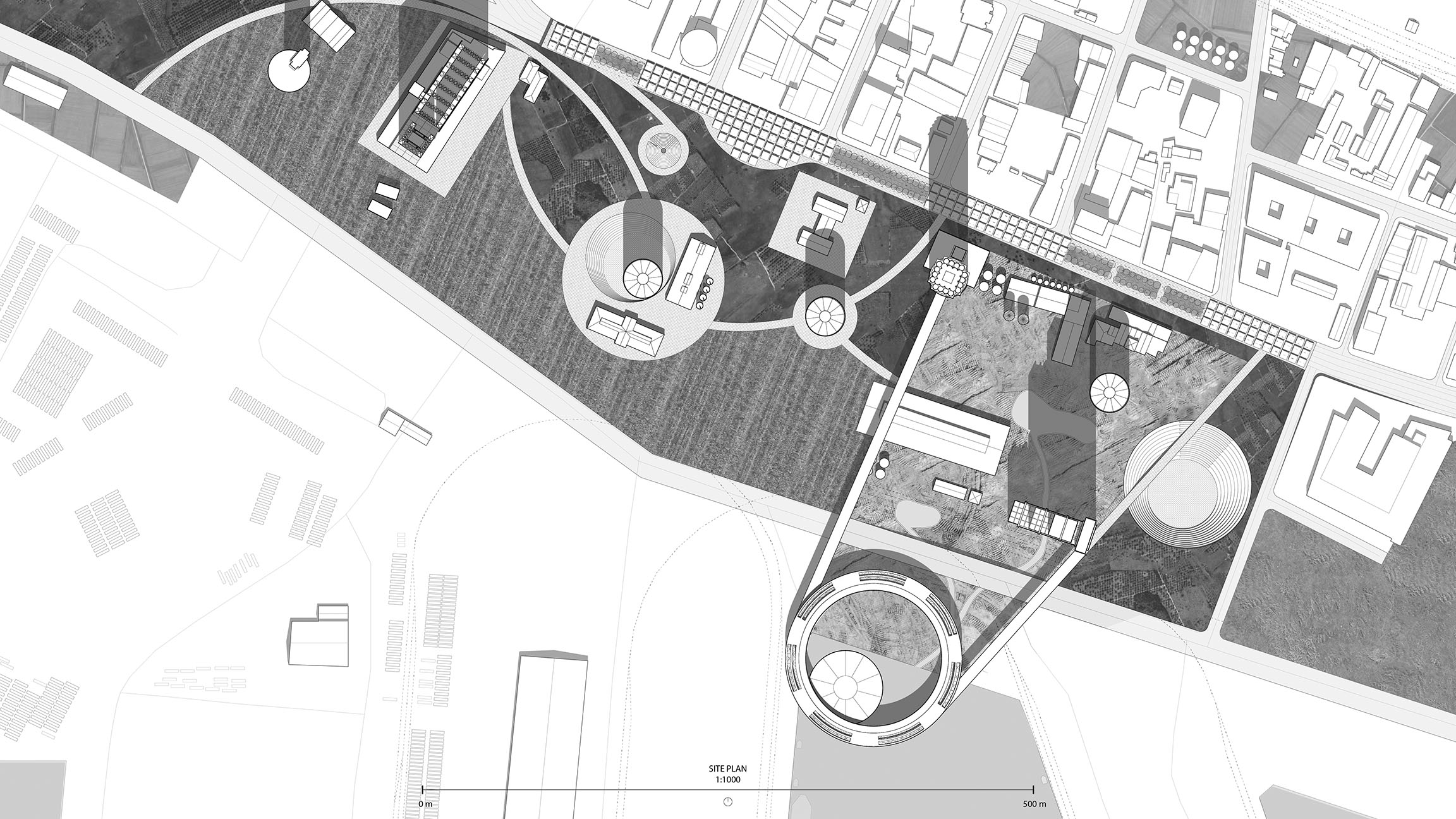 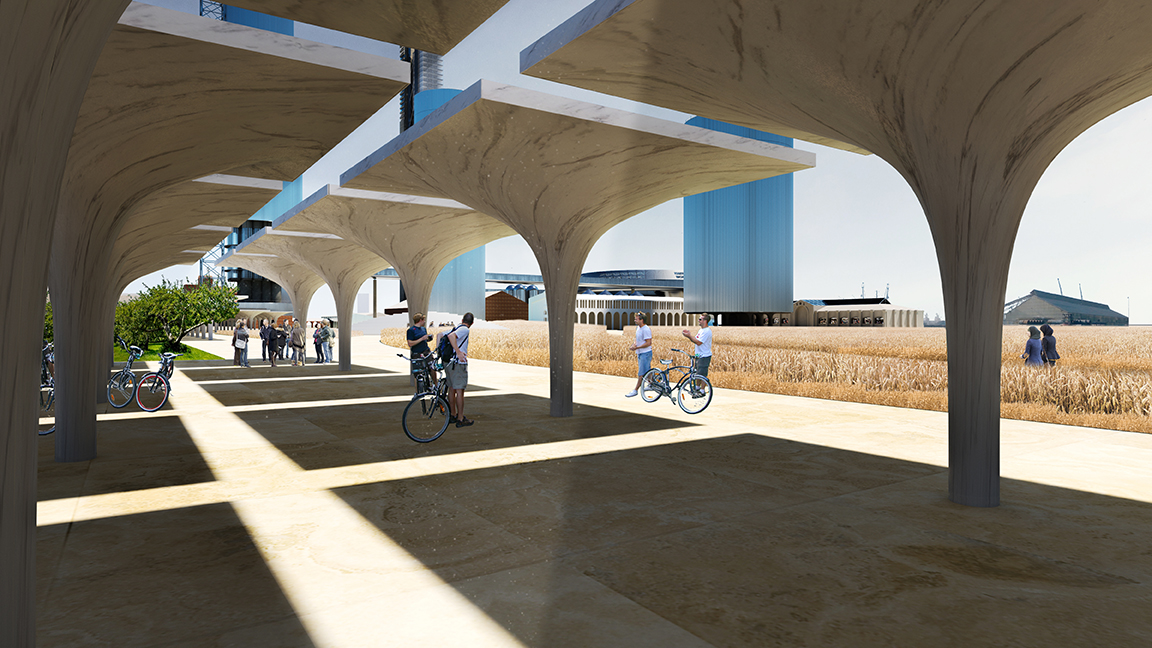 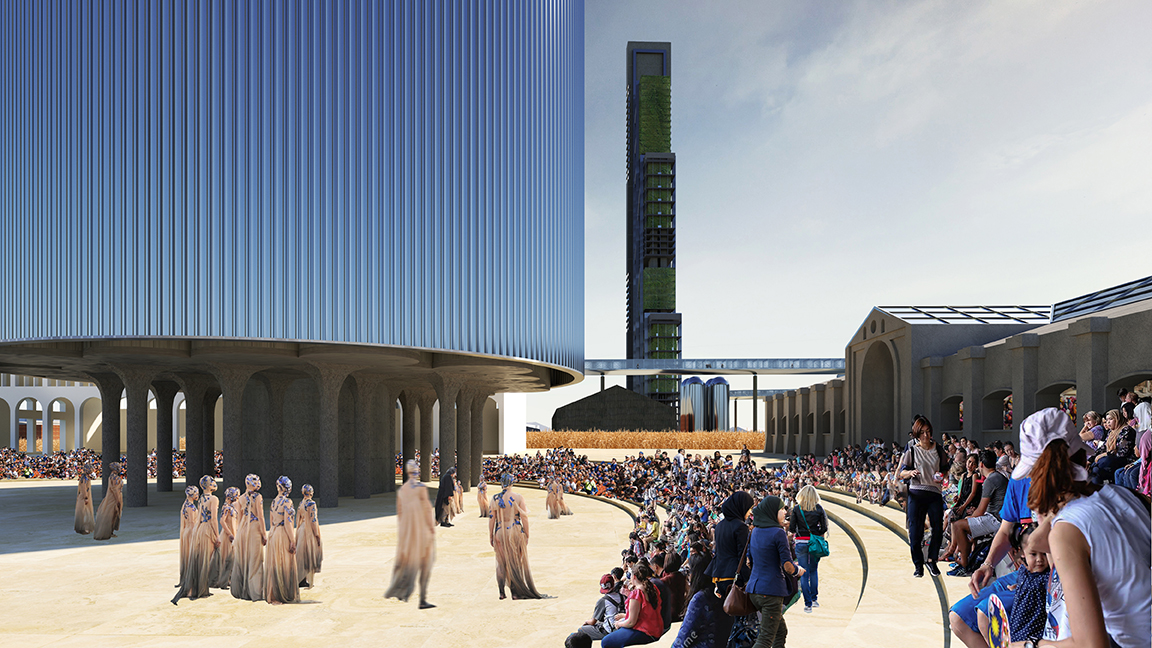 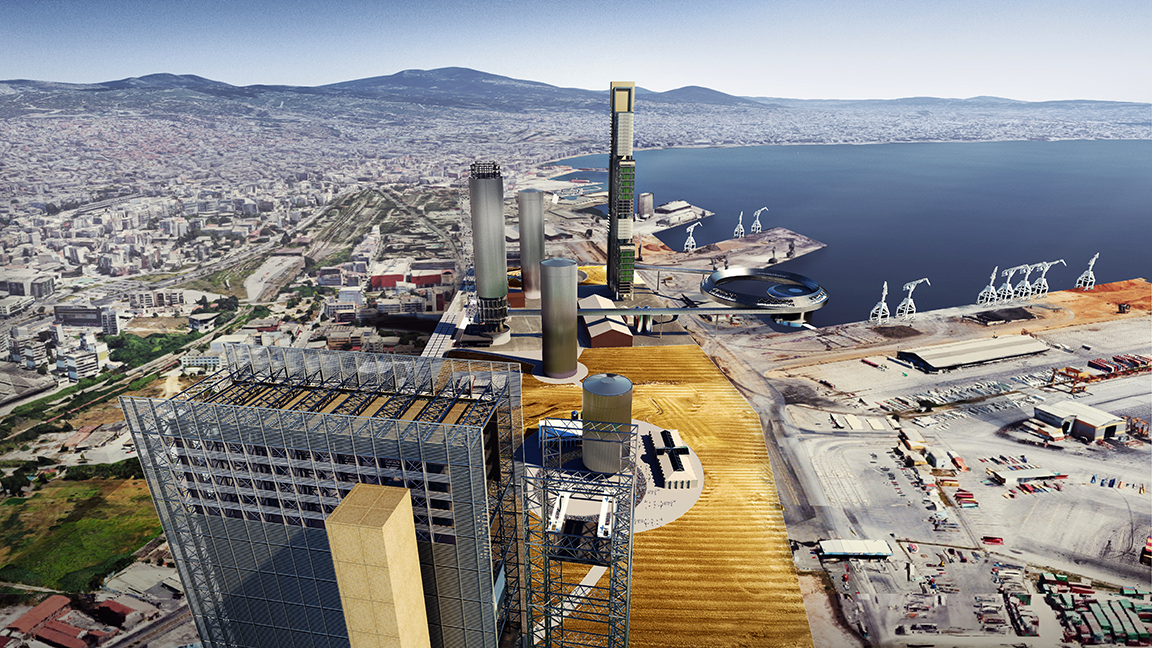